Let's do this thing!

Like you’ve tried everything, honed your craft, but you STILL aren’t getting the auditions you want.

Maybe you feel like there’s not a place for you in this industry...

You know you need to get new reps and create strong relationships with casting so you can stop stressing and start booking.

Do you feel like you’ve tried everything and just want some clear steps to get you to the next level? 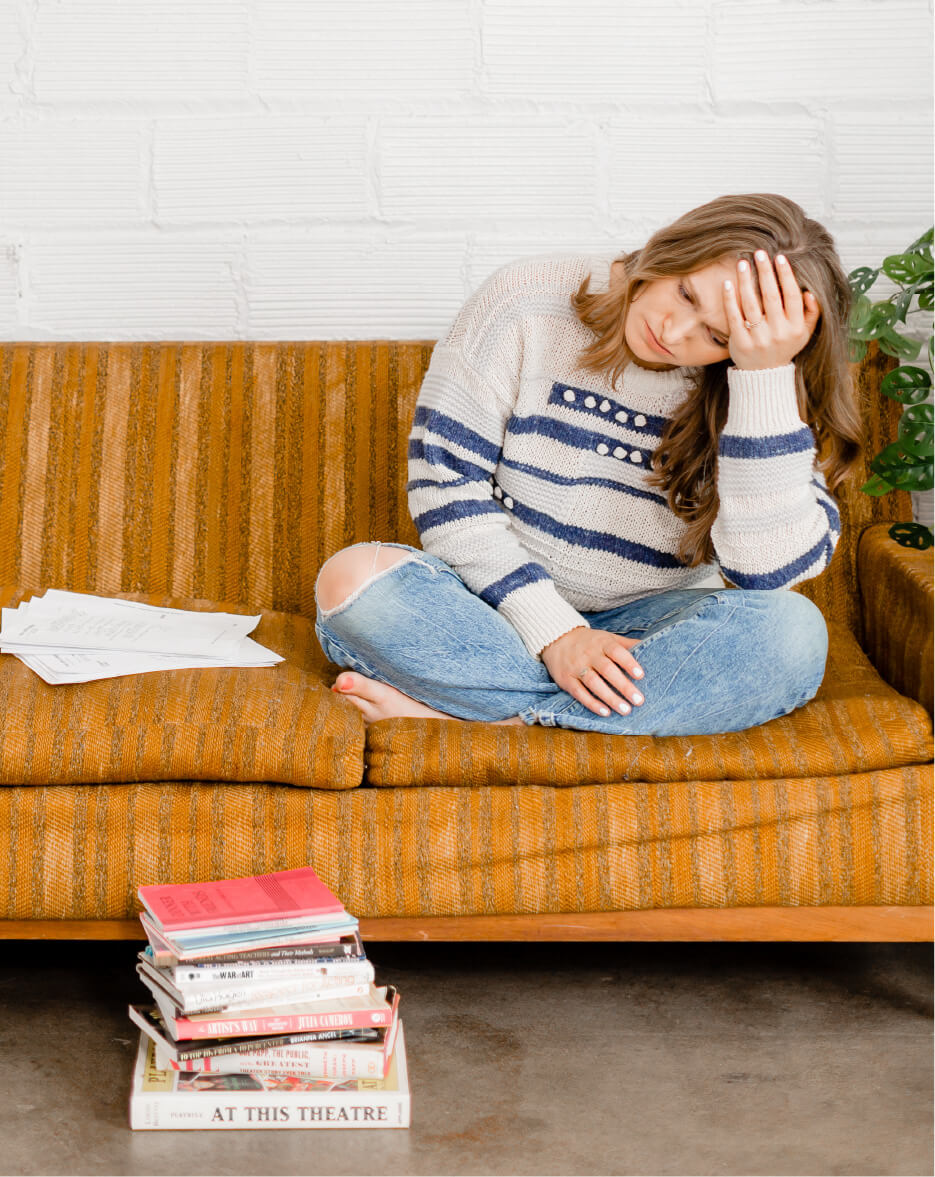 Get a rep who believes in you and gets you auditions!

Feel easy breezy hitting send on that email to casting.

Know exactly how to talk about yourself and not feel like a weirdo.

Create kickass relationships with people you’ve dreamed of working with!

Feel confident knowing there is a place for you in this industry.

I’ll help you get unstuck. If you want to get to the next level, but you don't have the right plan, I offer two coaching options that will give you actionable steps so you can let go of the busy work and start booking work.

Ready to move your career forward?

What you’ll get coached on... 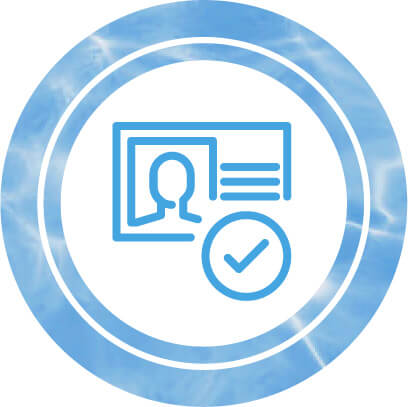 Get incredible representatives (or learn to make yours work for you) so you can focus more on doing what you love! 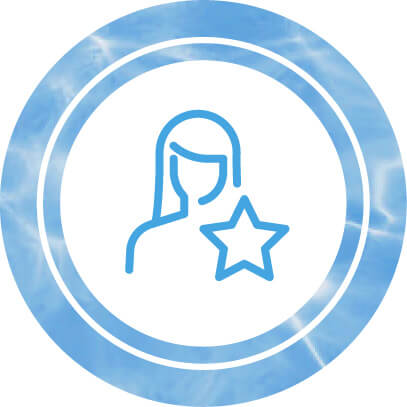 Gain crystal-clear clarity around your brand & type so you know exactly what you have to offer and how to showcase that so you get more auditions. 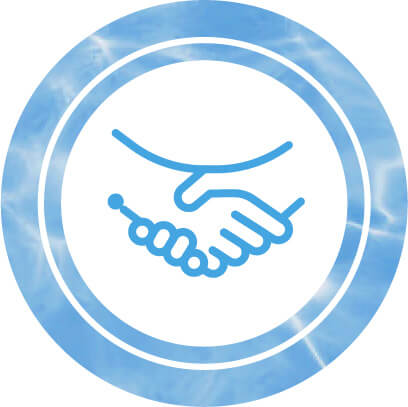 How to create relationships with casting, directors and producers so you get called in directly, regardless of your rep. 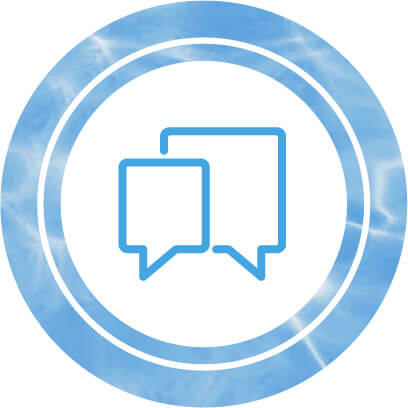 When and how to send emails, postcards & newsletters to casting and other decision makers so that you have a simple stress-free plan. 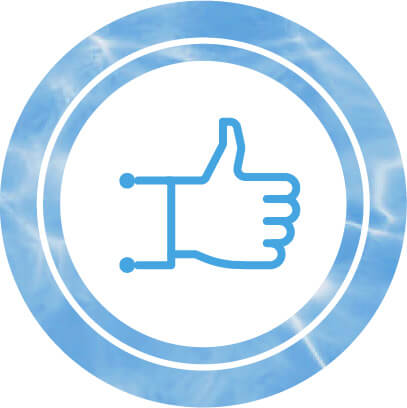 How to use social platforms to nurture & create relationships so you feel confident in how your show up & attract more opportunities. 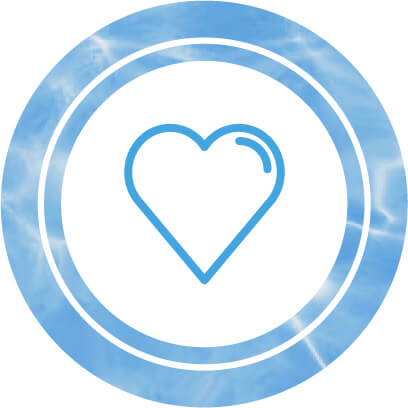 Get support so you can get out of your head and feel more in control of your career so you can actually enjoy the journey!

"Jenna knows the business inside and out."

"At this point in my career, I would never waste my time with someone who wasn’t 100% baddass pro. Jenna has been enormously helpful to me both as an actor and as a coach in understanding the intricacies of the business. She’s also a total delight - I cannot recommend her enough."

"I got my first series regular audition and added a great new manager to the team!!"

"Working with Jenna really helped me get focused on what needed to be done to get my career in motion. I honestly wasn't sure where to begin, and she made it easy. After just a couple of months, I had new materials and tools and a renewed drive, and within 2 weeks of uploading it all, I got my first series regular audition and added a great new manager to the team!! Can't wait to see what happens next!"

"Jenna guided me through a process that got me repped in a month and a half."

"I’m so glad I met Jenna when I did. I was in the midst of a transition and needed a way to approach the daunting task of finding new rep. She got me to a place where I felt productive but not overwhelmed. I love working with Jenna. She’s like a fitness instructor that pushes you in a way that’s encouraging without being condescending or fake and gets you results. I highly recommend working with her!"

"Jenna and I worked together on re-editing my showreel the feedback I have had from agents and casting directors is super positive."

"Jenna is invaluable to me as a coach. From how to present your resume, headshots, branding, or showreel, she has an exhaustive knowledge of how to approach your acting career as a business. Jenna is not only my coach, she is a part time therapist, and although we have never actually met (due to COVID and the fact we live thousands of miles apart!), I see her as a loyal friend who only has my best interests at heart. I'd be a fool not to have her in my corner."

"Jenna goes above and beyond in the greatest moment of need. Hiring her to help is an absolute no-brainer."

"I have been working with Jenna for a short time - a couple months - and the progress I’ve made in my career as a result is immediately measurable. The things she’s helped me with (marketing, branding, relationship-building, goal-setting) notwithstanding, I have to say the most impressive and surprising aspect of her coaching is the personal touch. In this time of absolute uncertainty (pandemic time) Jenna has offered an INCREDIBLE amount of information to stay connected and resources to stay healthy - physically and emotionally."

"Because of Jenna, I feel grounded and confident as an actress."

"Jenna is a fantastic coach and mentor. Her positivity and can-do attitude is contagious and she truly cares about her clients. Jenna uses her own experience and knowledge of the business to help create practical and foolproof steps to launch your career to the next level. I consider her an asset to my career and you will too!"

"Jenna Doolittle is a godsend and someone I believe every actor should work with."

"When I started with Jenna, I was struggling to take active steps towards my goals as an actor. I was looking for new reps, knew that I needed to hone in on my branding to level up. Jenna held me accountable and gave me the tough love I needed, all while remaining incredibly kind and supportive. Her action steps and smart business tips helped me to take ownership as a business person in addition to being an artist. The skills I didn't gain in an acting conservatory were gifted to me through Jenna, and I am so grateful!"

Guest Star on Seal Team, The Incredible Life of Darrell

"While working with Jenna, I obtained new representation and an insane life changing booking."

"I came across Jenna’s after deciding I needed to upgrade my career and didn’t know where to start. She guided me every step of the way, ushering very necessary and clever strategies. She was so attentive to my needs and incredibly resourceful, providing a written out game plan after every meeting. Jenna also made it a priority to figure out how I best work within a collaborative setting and adapted for best results by creating a really safe, understanding environment. Our sessions functioned as a sense of consistency for me, helping me stay on track to my goal. We practiced interview skills, marketing, networking and branding. She truly will be the ace up your sleeve."

"I have accomplished more with Jenna in one year than I have in the last FIVE years combined!"

"I have had Jenna as my business acting coach for over a year now. I have been in L.A. for a long time and I ran out of ideas on what to do next regarding my career. The business has changed so much since I started. Jenna has fresh ideas on what to do next, helps me set career goals, AND she holds me accountable. Three things actors really need! She is a VALUABLE asset to my career. I feel lucky I found her." 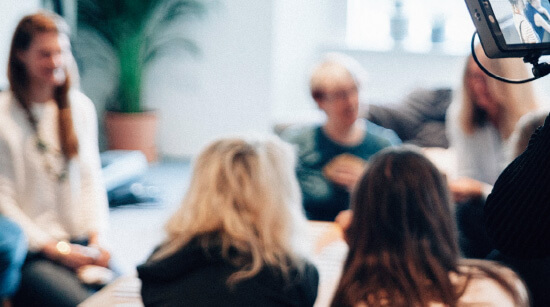 Don't do it alone! Join this small group of actors who actually give a shit. The Rise Ups will lift you up and hold you accountable so you can achieve your goals and have fun while doing it! 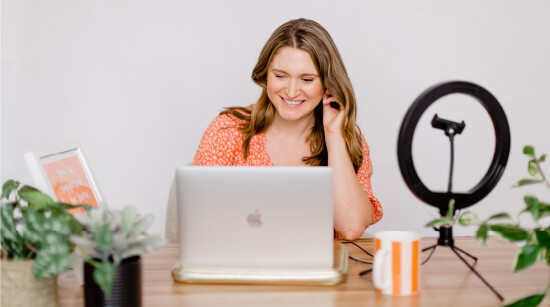 Let's get personal! I offer limited 1:1 spots where I work closely with you to help you get out of your head and get booking. We'll create a custom plan just for you to get you to the next level.

Weekly group coaching sessions with Jenna including a mini lesson, 15m of personal coaching, and time to ask questions.

Accountability so those action steps actually get done and you progress faster!

Mindset check-ins so that you know you are taking care of your full self so that you can enjoy your day to day life and stop stressing so much!

Amazing new friends who support you and are happy to share their connections and experiences so that you feel less alone and are totally supported as you navigate this crazy business.

A private FB group for members to support and connect with one another in between sessions!

What Rise Up members have said...

WINS of past Rise Ups members...

Tons of clients have signed with new reps and received multiple offers for representation!

Reconnected with CDs who immediately called them in for auditions.

Built new relationships with CDs who are now fans.

Screenplays (that were a slog for years) were completed.

Created amazing relationships with reps (who used to be intimidating)!

Awesome new relationships with directors who want to collaborate

Who is coaching not a good fit for? Expand

Coaching is not a fit for you if…

What are your qualifications as a coach? Expand

This is a great question! You want to make sure you know exactly who you are working with. Here’s a bit more about me and my background…

I’ve been working with actors for five years now and have helped well over 100 actors achieve their goals and get ahead! Just check out some of their reviews on my coaching page.

As a working actor myself (Scandal, American Horror Story, On the Verge), I understand exactly what’s going on in the business right now and how to make it work for you.

In the past, I worked in commercial casting, assisting Stuart Stone on commercials with brands like Pizza Hut and AT&T - and was even featured in Stuart’s book “The Keys to Commercial Casting”.

I have the eye of a producer. I co-produced the Off-Broadway play “Piggy Nation: The Musical” that ran for over a year and received rave reviews from publications like the New York Times and BroadwayWorld. I also worked as the co-Artistic Director of Planet Connections Theatre Festivity, the first ever eco-friendly theatre festival and produced world premieres of One Acts by John Patrick Shanley, Neil LaBute and Winter Miller.

It’s very important that I continue to advocate and stay involved in all issues that affect actors so I’ve served as a SAG-AFTRA elected delegate for two terms, and am currently a member of the National Board of Next Gen Performers and the LA Board of Next Gen Performers. I’m most proud of helping to organize and moderate panels at SAG-AFTRA on mental health for actors.

I hold a B.A. in Theatre from the University of Mary Washington and graduated from the Commercial Theatre Institute’s Producing program.

How do I decide between private vs. group coaching? Expand

If you’re torn between both options, sign up on the waitlist for both, and then we can schedule you a free 20 minute call with me! That way we can discuss the pros and cons of each option and determine the best fit for you so we get you moving towards your goals faster.